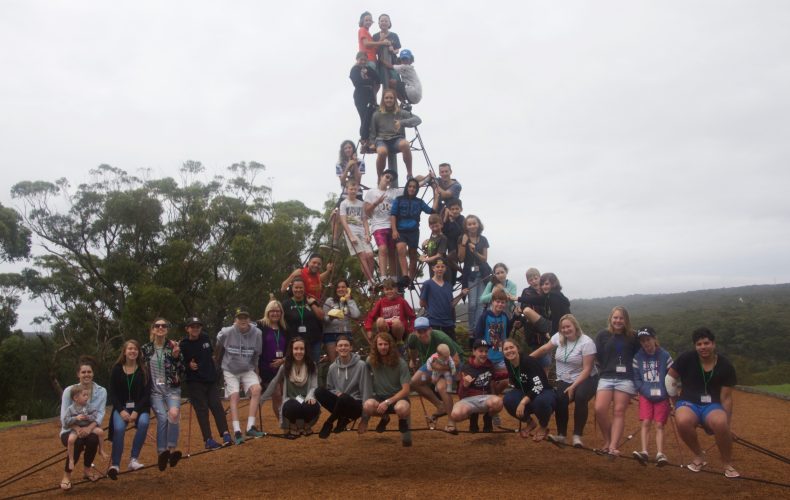 The depth of these young people and their desire to know more about God, themselves and others was astounding.

At a time where Integrity in leadership is being questioned all over the world, I spent 3 days with 21 young people who gave me hope in our future leaders.

Recently we ran a “Spiritual Retreat” called VERGE, for young people aged 12-14 years old. (6th -7th Grade).  21 young people applied, knowing it was all about looking deeply at who they are in God, learning about their strengths and challenging them to think outside themselves and serve others.  Can I add, 17 of them were boys and fine young men they all were. For so long, I have heard that they are just too young. Well, I refuse to listen anymore.

The retreat was set up with the express view that it was not just a one off. Each young person was connected with a mentor at the retreat, who was aged between 18-30 years old and who had made a commitment to connect with them a minimum of 3 times throughout the year. The leadership team running the event were in the 30+ bracket. So, three generations spent an intense three days, listening, laughing, learning, stretching ourselves physically, emotionally and spiritually to see what God had to say to us all.

I was serious about leading this retreat, but I didn’t expect the young people to be so serious. There were times when I couldn’t stop them from praying together. The spaces for learning were so engaging. The creative sessions just went on and on. They were really hungry for it all.

We have all made a 2 year commitment, as we look forward to retreating again together this year. We will then invite them to continue on for another 2 years in a further retreat called “Deeper.”

There is a strong partnership with the parents. We met with them at the beginning for a couple of hours and the end of the retreat to share what we had been doing.  We talked about how we can all partner together to walk with these young people, helping them to stay on the journey at a time when statistics show they are leaving the Church.

We created an APP so we all connect regularly. The young people with mentors, mentors with team, mentors with parents …it is wonderful.

When we asked the young people what was the best thing about VERGE they said:

1. Getting Closer to God

7. The smaller amount of people

It only takes the willingness to create an environment where young people are taken seriously and allow them to connect with their Father in heaven and the faith community here on earth. I know it will not catch everyone, as there are too many young people leaving the church every year, but surely we are called to simply try. Generations intentionally walking together, faith communities walking with families, young people being empowered to know that their Father in heaven wants to connect with them and that they are never alone in this journey. A chance to give them a bigger story than what the media and our world leaders are giving, or at least some stability to navigate the road ahead.